Angus King is a Scottish actor based in London & Glasgow. He trained at Bristol Old Vic Theatre School and works regularly on television, Motion Capture and the West End and his voice can be heard in audiobooks, political campaigns, radio drama, corporate videos, computer games, ADR and much more.

Please browse the website to see some examples of this versatile actor and voiceover’s work.  You can view his Spotlight CV here and contact Angus below.

A busy few months here a King Towers mainly with my wife and I having another baby so welcome little Eilidh – very cute and smiley little baby.

On the acting front I have been busy working on several audiobooks with some of the highlights below:  the always excellent Chris Brookmyre new book Want You Gone also narrated by Avita Jay; the first book by Su Bristow Sealskin; the debut novel in the DI Callanach series Perfect Remains by Helen Fields and the new book by million selling Daniela Sacerdoti Keep Me Safe with the excellent Scarlett Mack. 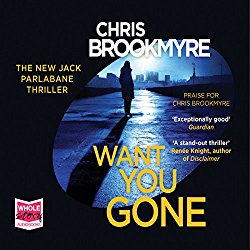 Want You Gone by Chris Brookmyre 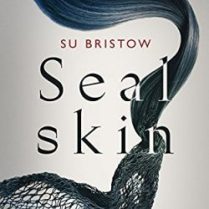 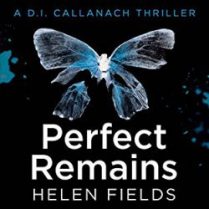 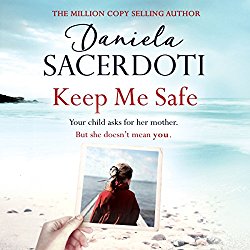 Keep Me Safe by Daniela Sacerdoti

In computer games I have been cast as Tarquin in the upcoming fantasy game Project Ragequeen and will be recording my part in the coming weeks and months.

My voice is also featured in an upcoming episode of Doctor Who which will be broadcast soon.

My episode of Nurses Who Kill was broadcast on Really last night (see below) playing the role of Colin Norris.  Click to view. 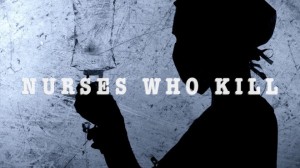 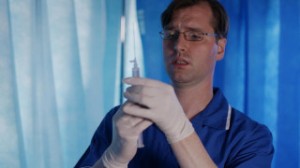 Look what I found on that wonderful thing known as the internet.  Some cheeky chappie had added a couple of Frankie Boyle’s audiobooks which I narrated.  Enjoy!

Angus has just returned from recording the new book Fallow by upcoming Daniel Shand at White House Sound in Leicester (Out Thursday 17 November). 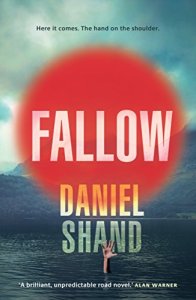 Fallow is a tense, thrilling literary novel combining elements of dark comedy and surrealism. At its heart is the relationship between two brothers bound by a terrible crime. Paul and Mikey are on the run, apparently from the press surrounding their house after Mikey’s release from prison. His crime, child murder, committed when he was a boy. As they travel, moving from one disturbing scenario to the next, they encounter a group of dishonest archaeologists, an unhinged born-again Christian, two American tourists researching their genealogy, the inhabitants of a peace camp and a religious cult headed by the powerful Brother Terry. Gradually, the brothers’ relationship begins to change and we realise there is more to their history than Paul has allowed us to know.

Angus has just finished filming the role of Colin Norris for the upcoming Nurses who Kill directed by Matt Hanrahan for First Look TV.  It will be broadcast on Really in October. 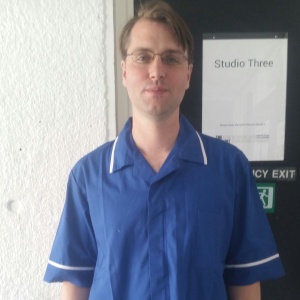 Angus recently recorded The Unpicking by up and coming writer Matthew Button,  a story shortlisted by none other than Stephen King (no relation) for a recent Guardian writing competition.  It is out on Audible on 25 August.

You may also be keen to see this extract from The Heart of Thomas Hardy (BBC1).  Angus plays Sergeant Troy in this famous scene from Far From the Madding Crowd.

He has also recently updated his television showreel.  Hope you enjoy this youtube link to it.  Have a great summer.

June 2016:  a busy year so for Angus has seem him record his first motion capture showreel here; as well as providing “mocap” for the game Off Grid.  Off Grid takes a satirical approach to the Big Brother problems that Snowden uncovered, and even the Snowden narrative itself.  He is looking forward to attending Mocap Vaults summit  later this month.

In audiobooks he has narrated Malcolm Mackay’s The Night the Rich Men Burned,  the follow-up to his brilliant Glasgow trilogy.  Click here for an extract.    Also,  Black Widow by Christopher Brookmyre gets rave reviews on Audible here.   Most enjoyable though was the haunting The Last of Us by Rob Ewing which tells the story of children surviving on an island after a mystery illness kills all the adults.  A modern Lord of the Flies!

Also,  I received a surprising and complimentary  tweet from none other than Frankie Boyle. 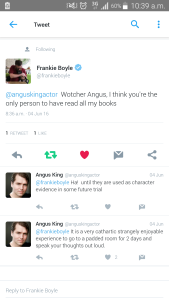